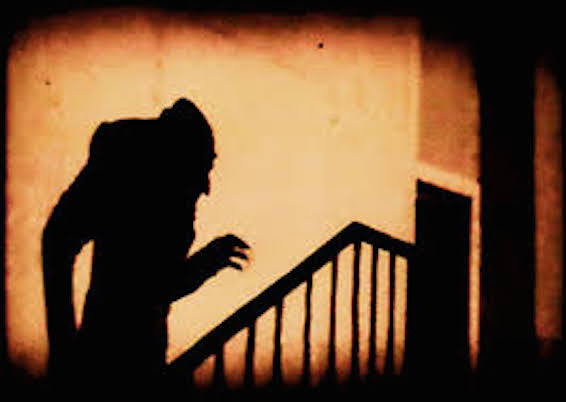 Halloween treats came early last night at the Morbid Anatomy Museum in Brooklyn. Raised on all things spooky, when I learned the New York Chapter of Horror Writers Association would be dropping in to host an evening of Night Terrors, I rang my brother who responded with “we’re there!”

A chilly day outside the museum

Founded in 2014, the Morbid Anatomy Museum is a non-profit with a dark dance card of events and lecture series that are often sold out.   The idea for this popular space grew out of the Morbid Anatomy Library, a cabinet of curiosities created by Joanna Ebenstein’s blog. Situated near the murky waters of the Gowanus Canal, this somewhat desolate location beyond the strollers of Park Slope is an inviting spot for anyone looking to convene with other like-minded souls.

Last night six authors shared their tales, including Tonya Hurley, a New York Times best-selling author and the museum’s founding board member. Her popular novel series Ghostgirl is being adapted for the big screen.   In between readings, prizes were distributed to the audience member who had the best scream, or belted out the best zombie rendition of Happy Birthday, or who could name the actor who played Frankenstein in the 1931 film, for instance.

But it was the presence of the last writer, Jack Ketchum, which cast the biggest treat.   Ketchum, who’s been crowned “the scariest guy in America” by Stephen King, held us spellbound as he read his short story Bully. A four-time winner of the Bram Stoker Award from the Horror Writers Association, last year he was honored with the Bram Stoker Lifetime Achievement Award…so you get we’re I’m coming from.

With the, dare I say, holiday season approaching the museum is a unique place to buy unusual gifts. It’s worth visiting to check out their offerings of t-shirts, classic and contemporary horror literature, Victorian jewelry, housewares, and one-of-a-kind animal taxidermy. While I find that last item kind of creepy, this type of collectible sells out quick. 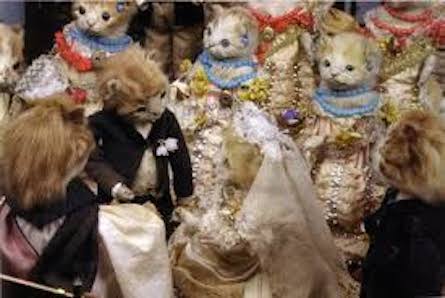 Some upcoming events to get your ghoul on include Psychedelics of Death, Minder Reader: An Evening With Vinny DePonto, and Bram Stoker: Something in the Blood (which I’ll be at for sure).   Their current taxidermy exhibit, Art, Science & Mortality Featuring Walter Potter’s Kittens’ Wedding, closes on November 6. If you find the idea of dead kittens from the 1800s all dressed up in frills and ready to party off-putting, you might rest easy knowing it’s owned by, and on loan, from Sabrina Hansen, the founder of Aslan Cats, a sanctuary in the Catskills.